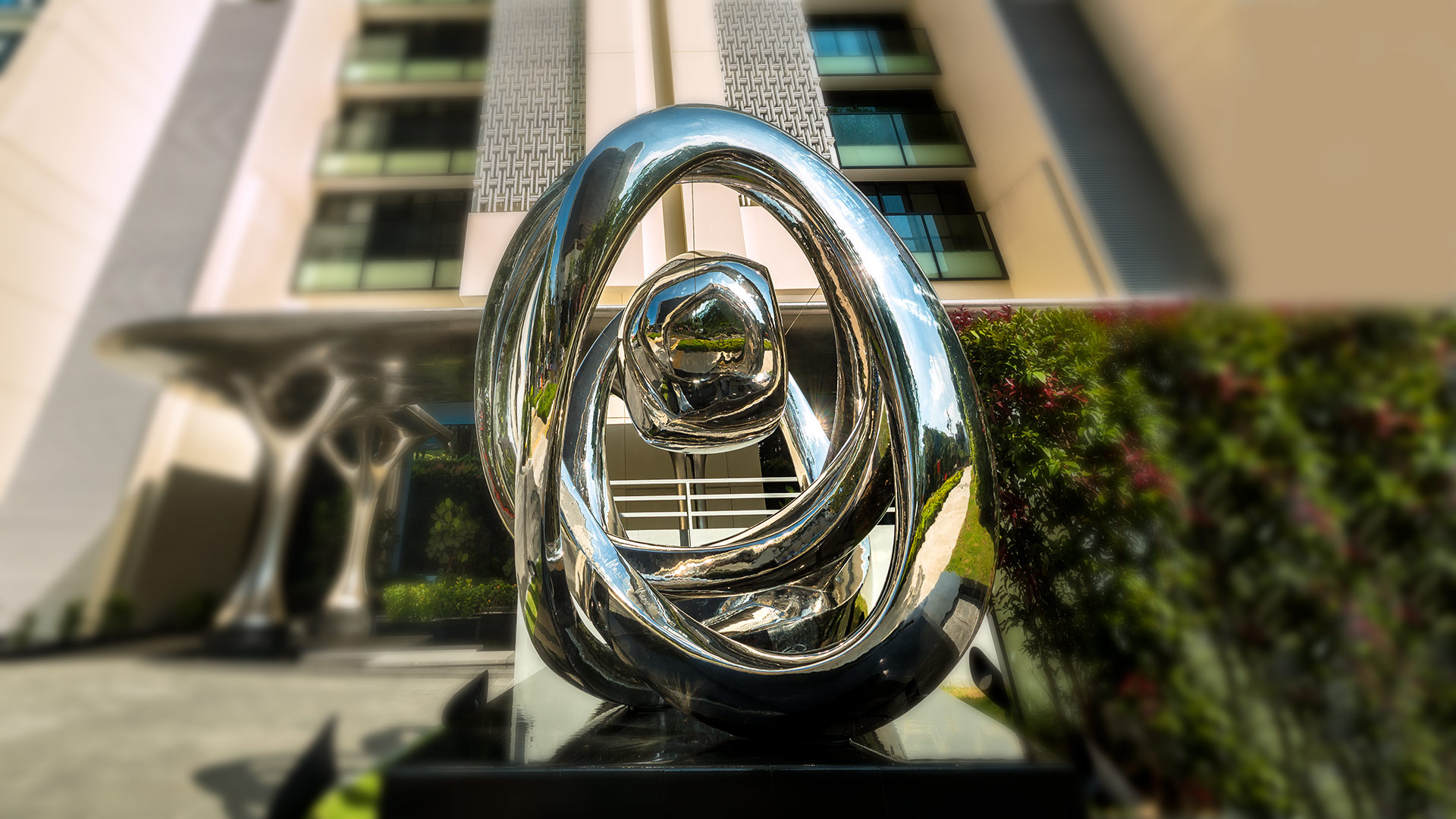 
The first sculpture designed by MDL itself and not using an outside artist was Superstring (2011). Although not specifically designed for Hamilton, it was placed at the entry where it was clearly visible to passers-by. It has since been moved to the side of the building where it is no longer visible from the street. The image derives from a piece of orange peel ─ where the peel ends up as a single piece, like a spiral. “At the time,” says Massimo, “I was reading a book about quantum mechanics and superstring theory and I thought: this was a representation of superstring theory, a physical representation. The only thing you needed to do was put a core inside. I sketched it and then modelled it in Rhino to see how it would look in steel. The final version was four metres in size.” The sculpture, therefore, is a physical representation of a multi-dimensional universe and is the first MDL sculpture to be inspired by physics and mathematics.

Although not specifically designed for Hamilton, this sculpture was originally placed at the entry, but since moved to a less visible part of the complex. It plays with the idea of a multi-dimensional universe derived from quantum mechanics and is, therefore, an early example of a sculpture inspired by physics and mathematics.