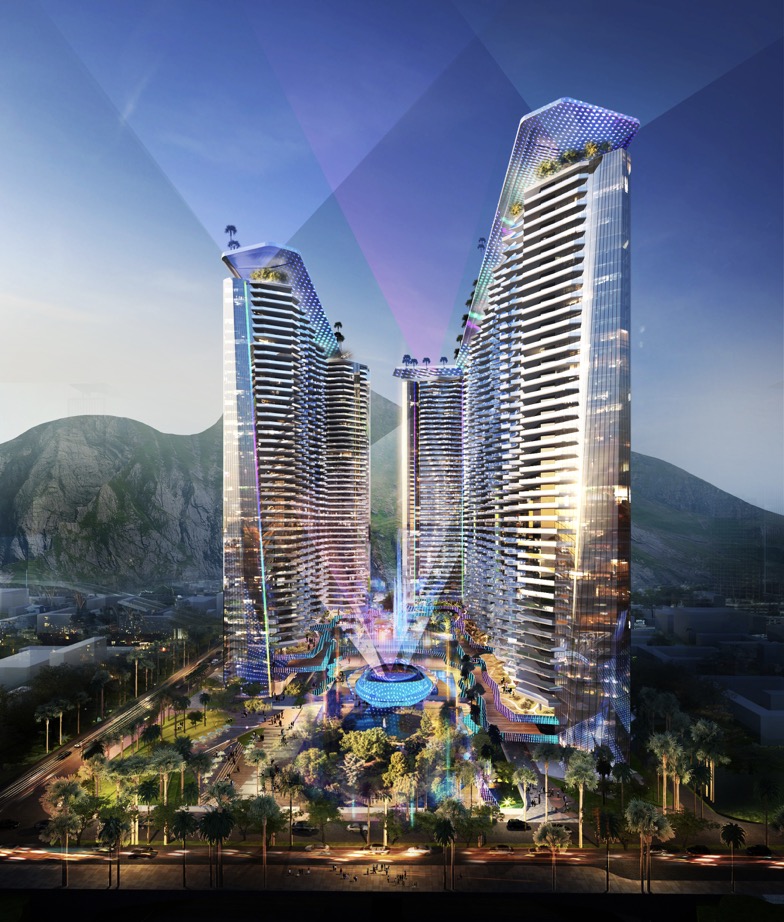 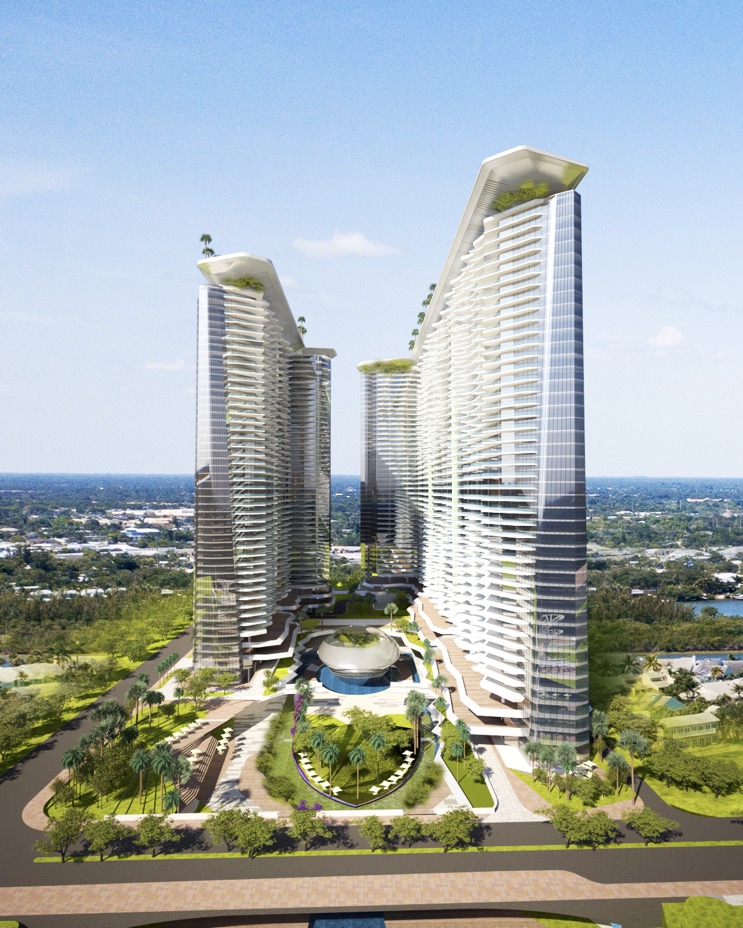 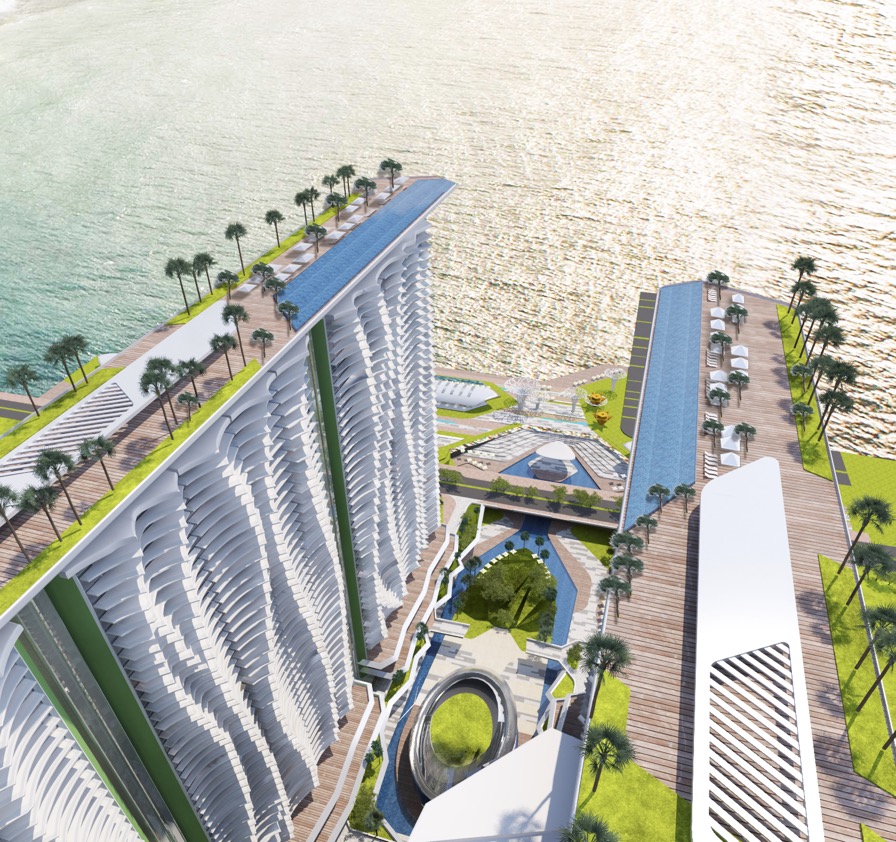 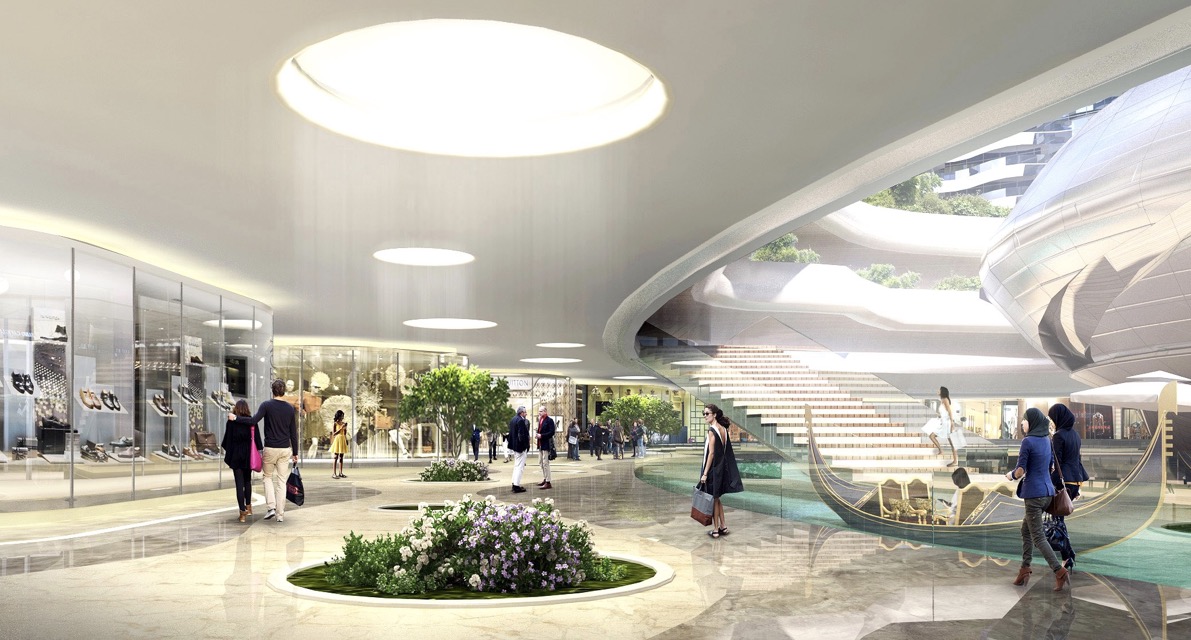 
Set to rise on Nha Trang, a coastal resort city in southern Vietnam, Sunshine Marina Bay offers a view of beaches, diving sites, offshore islands and high end commercial establishments, away from the urban chaos. The property has a large complex of about 27,300 sqm land area.

inspiration from Singapore’s Marina Bay Sand, the project is designed to be a waterfront promenade with unique fluid structure and features of sky garden and alluring infinite sea view.

As a design studio of iconic concepts, we took the challenge of seeking ways to soften the building design and to forge a stronger affinity to the natural world.

Besides the fondness to Singapore’s Marina Bay Sands and Gardens by the Bay, the Sunshine Marina Bay Nha Trang also had a night-show concept which requires a huge 360 degrees omni-theatre to be placed in the centre of the two buildings. The idea behind this concept is to bring in a theatrical experience to the inward-facing rooms instead of facing a concrete facade.

Hence, it became our design focus to incorporate some form of elegance to the shape and find a way to connect the two buildings with its surrounding amenities in an architectural way.

In order to make an interesting facade, to break away from the monotony of this huge wall of balconies and windows, we created these concrete balconies in a horizontal organic wavelike pattern. Additional pattern of waves is also incorporated by changing the finishing on the beam of the balcony ledges to a section of glass, thus visually resulting in another vertical wave on the facade. The layered balconies on the first few floors are much thicker than those above, forming a cohesive texture that keeps the two buildings together. Large overlapping wavy terraces are much bigger at the footprints of the towers and, at third floor, it connects to each other through a bridge.

An interesting reflection of design dynamism is the two different treatments of the hotel facade on which the stark contrast between the two generates excitement. The inward facing side of the hotel follows the concept of the theatre, with multiple lines of balconies that represent the different layer of circles that are usually seen inside a classical theatre. On the other hand, the outer face of the hotel is a dynamic flat and sleek glass wall facade.

Guests residing in the inward facing rooms have the luxury to engage on the nightly shows as they get to sit on their balconies, similar to being in an opera theatre. Whereas, guests residing in the rooms facing outwards are meant to be able to look out into the city view and the nearby sea horizons.