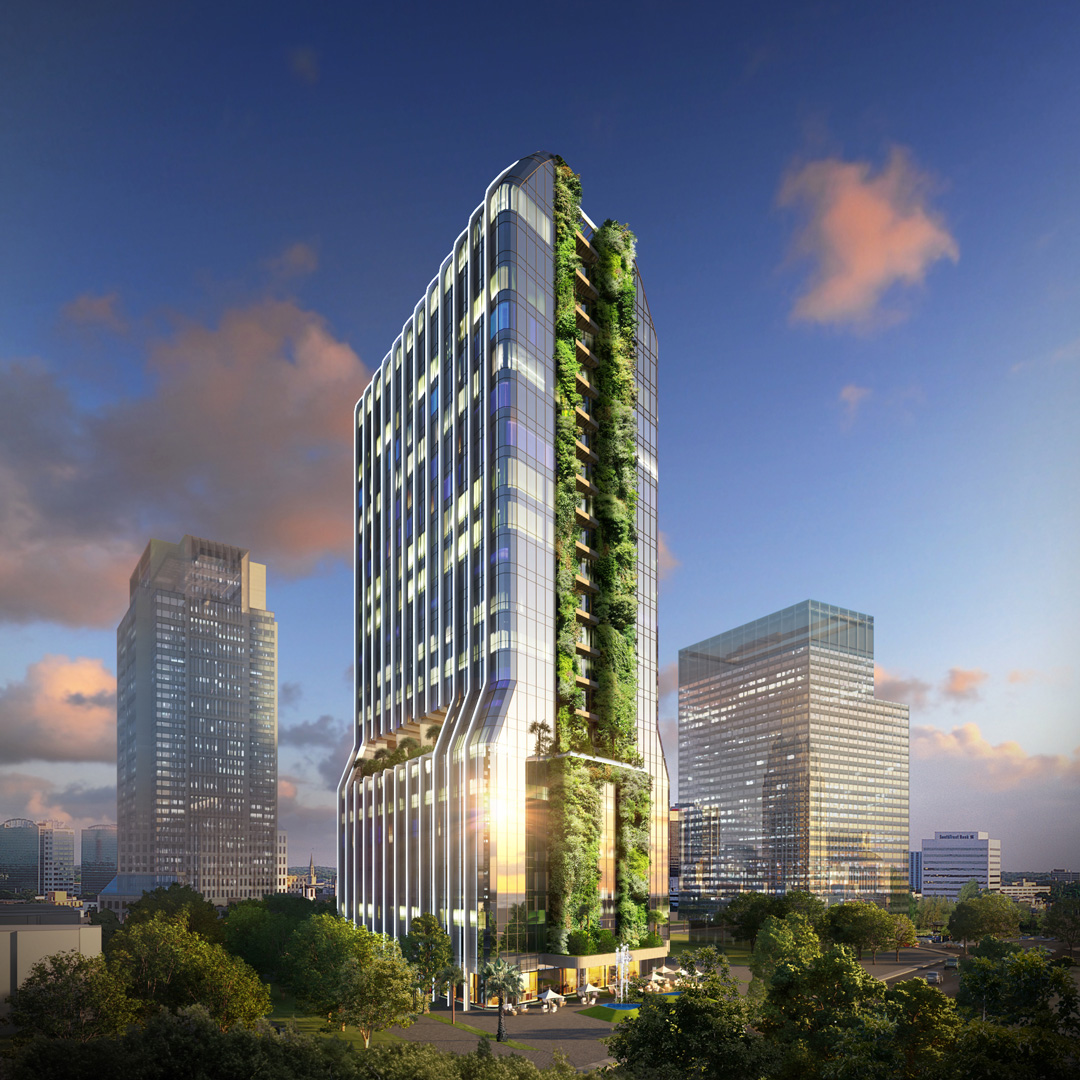 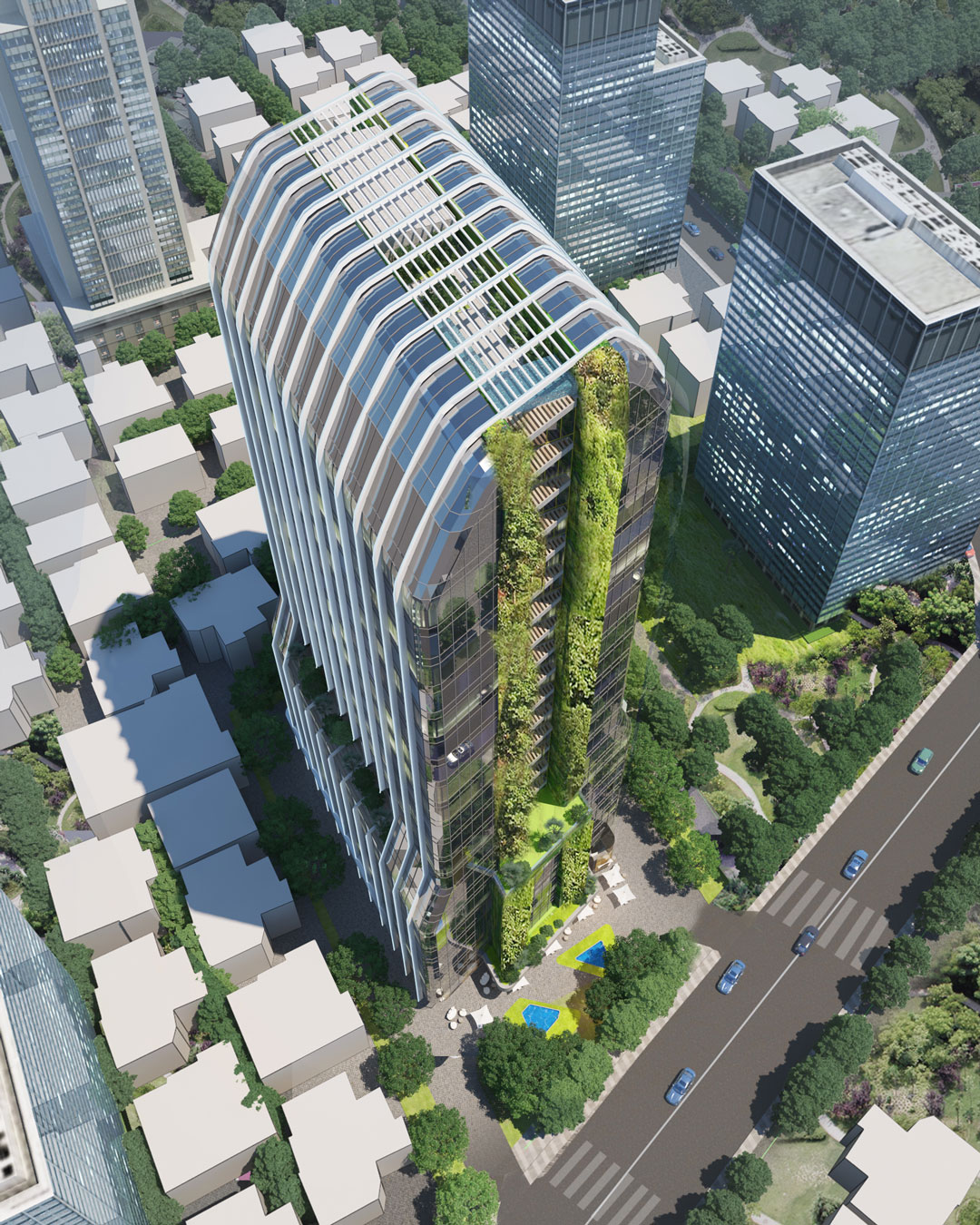 
Set on a 3,504-sqm land in Ho Chi Minh City, the largest city in Vietnam by population, the Phat Dat Real Estate Development Corporation’s commercial tower will function mainly as the company’s headquarters. But likewise, it will host two other components: an enticing commercial lobby with food and beverage outlets, as well as a serviced apartment component ran by luxury hospitality company Hyatt.

Thus, we had to morph the building to evoke the corporate spirit of Phat Dat—its prestige as a rising company on its way to becoming the prime real estate company in Vietnam. The design had reflect Phat Dat’s identity: a trendsetter and futurologist pushing the boundaries with quite radical design, at ease in between the avant-garde and contemporary.

This inevitably comes with the reality that there is a financial aspect to be considered, and that functionality must be reflected in the design and not just pure aesthetic. This building wants to be an icon: to leave the impression of a design travelling towards the future, positioning itself in a forward direction even in a contemporary style, but it also wants to be efficient, productive and usable, not excessively controversial or ambitious from a design point of view. In this concept, we try to pull the reins and not let our irrational horses run too much, but instead strike the perfect delicate balance between function and beauty.

On top of that, we have to deal with the site, which is rather small and not really spacious. The buildable area of the development is 2,987 square meters where the constraints are quite significant, hence the need to build to the ledges. That is a fundamental constraint. The shape of the site is a little peculiar: it has slanted sides, forming what is almost a parallelogram. The plane is thus a bit more difficult to build on. To maximise the construction, we cannot have a rectangular footprint which would have been an efficient one. Aside from that, the aspect ratio of the site is a bit unconventional because it is a bit fat. It is challenging to develop with such length as it has to be a squarish ratio. It’s not even a perfect square, it’s squarish it’s a slanted rectangle. This makes it a little bit inefficient. It’s really hard to maximise efficiency with these givens.

The final solution eventually led to an exciting project from an aesthetic point of view: one that is pleasing to the eye and iconic, while delivering a symbolic message and efficiency.

The design calls to mind a rocket—our biggest use of symbology to epitomize that the building is propelling into the future, making it a vehicle for Phat Dat to soar to new heights. The sleek, glass exterior comprises aluminium ribs running from the facade all the way to the top, enhancing the shape of the building, and drawing the silhouette of the rocket, like an eyeliner shaping the edge of the lid. This ribs serve as a strong accent adding to the linearity of the object whose direction is soaring towards the sky.