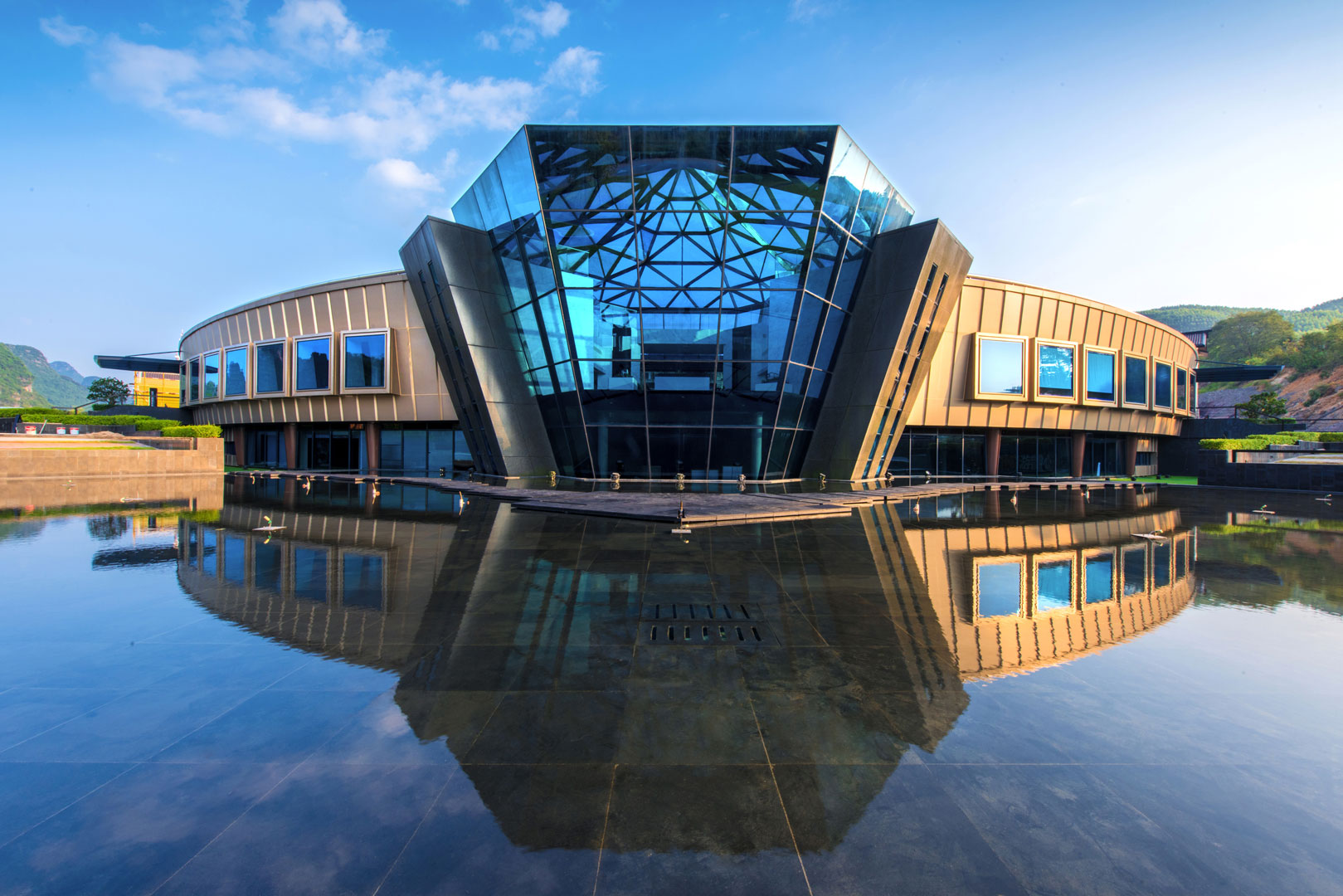 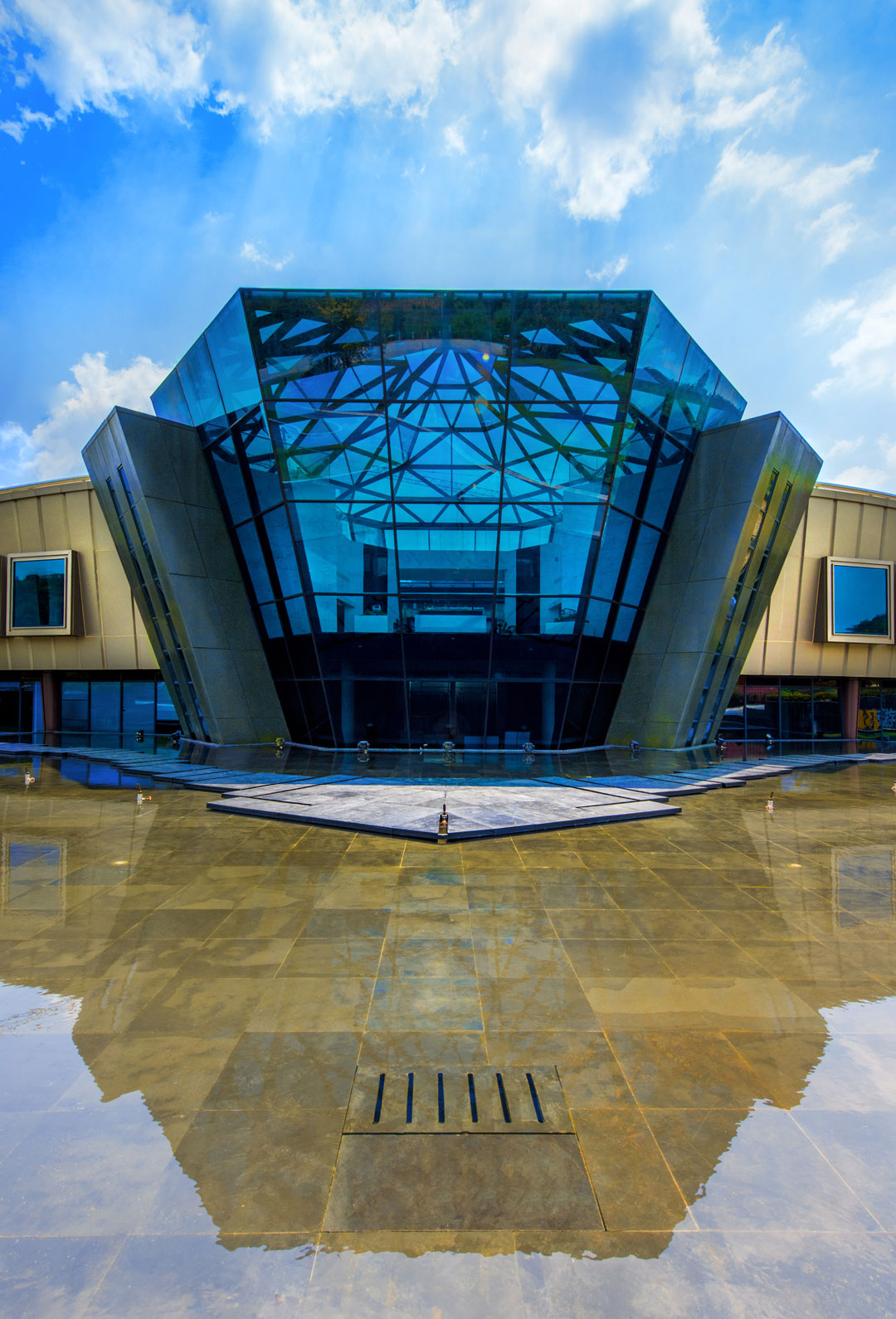 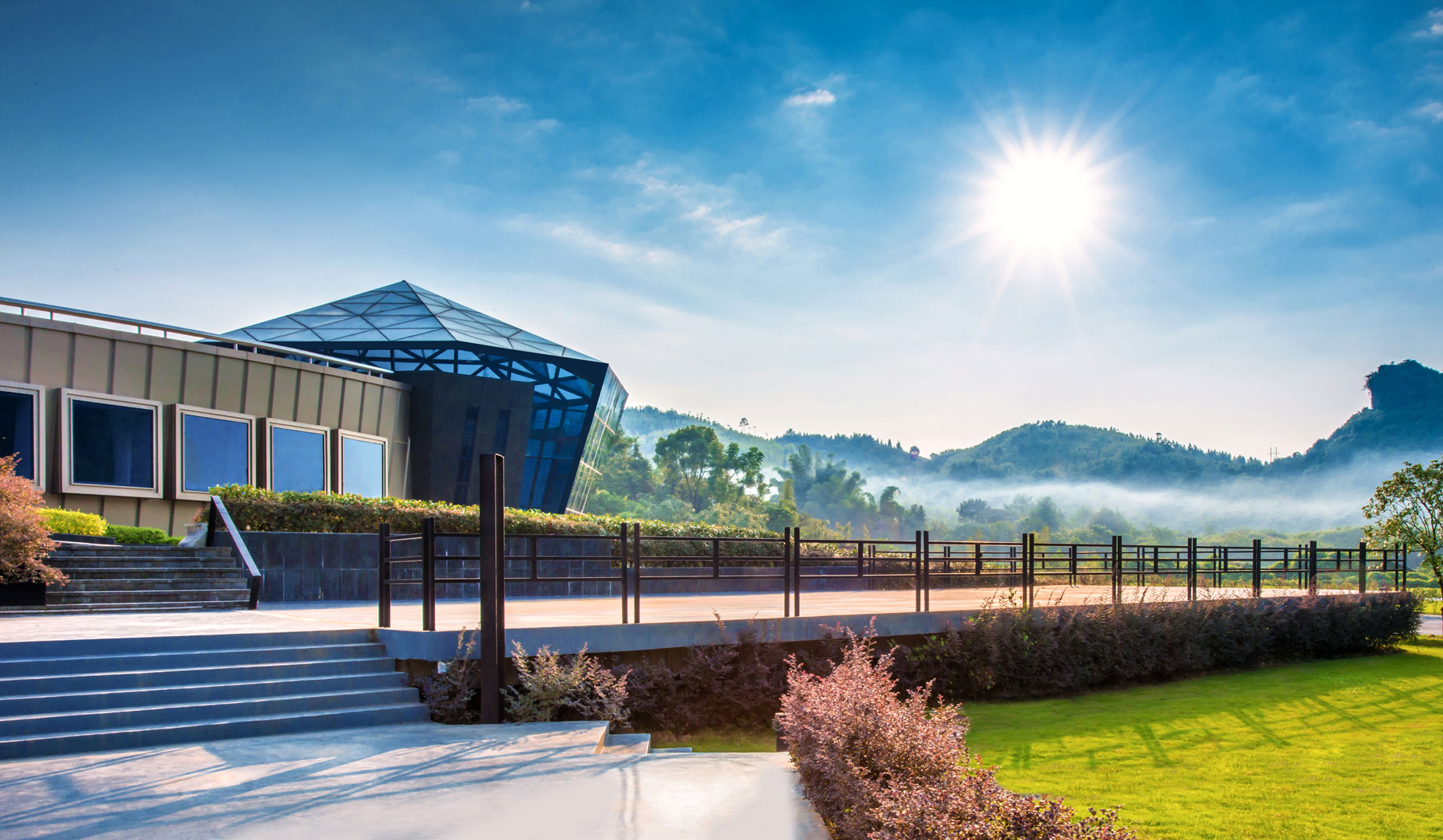 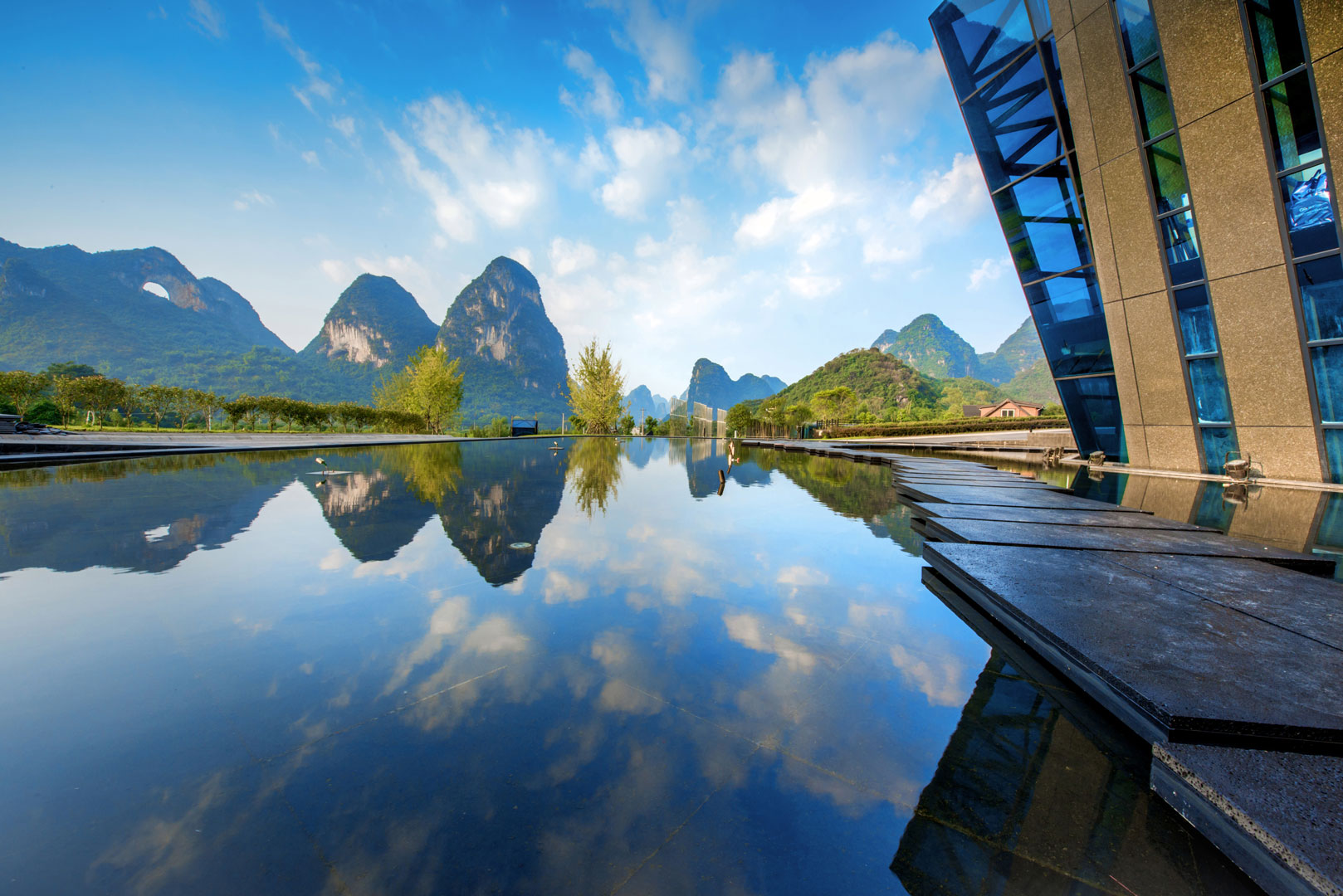 
This project is in Guilin, China and is a particularly apt example of the importance of symbology in the work of MDL ─ a building which takes its form from a diamond ring and, accordingly, symbolises the whole idea of a wedding.

Massimo Mercurio recollects that it “came out of the blue through a former colleague. They wanted something with strong character, something a little beyond average taste”. The site sits in front of a hotel built in a somewhat traditional style with a curved pitched roof. The Cultural Exchange Convention Centre is a large wedding hall with a number of ancillary functional areas such as a lobby, reception, cocktail area, rooms for the bride and groom and guest rooms.

The site is very attractive, with a river and a range of low hills behind the hotel making up a series of conical formations. One of these hills has a hole through the middle and at night it looks like the moon, giving it the name, Moon Hill. The idea was to have the wedding hall look towards Moon Hill. The large circular pond which the semi-circular wedding hall wraps around simultaneously reflects the image of the mountain (thus offering two concurrent images of the mountain) and the building. This was a deliberate strategy. On the one hand, the reflection of the mountain creates asense of infinity, while on the other hand, the pond also reflects the architecture, heightening its sensual appeal.

The clients had originally wanted the wedding hall to be diamond-shaped. But MDL suggested giving the entire complex the shape of a wedding ring. Inspired by a famous Tiffany ring, the central hall now is diamond-shaped. The building, like a ring, lifts up to ‘support’ the diamond, tapering away on either side so that the roof gradually drops down to meet the ground, forming a pathway around the lake and making it possible to walk from the ground to the top of the roof.

The hall itself is clear glass and the sub-frames have been kept as light as possible because “the idea was to suggest a diamond or crystal form and too much structure visible through the glass would compromise this effect”. Echoing the inspirational Tiffany ring, two ‘clamps’ of grey granite hold the diamond-shaped hall in place. On approach, the building lifts up with two highly regular enfilades of windows over two levels. From the lake side, there is a single enfilade of doubleheight windows extending on either side of the central hall until the roof slips down to meet the ground-level pathway. This enfilade is defined on either side of the central ‘diamond’ by colonnades which hint at temple columns and fertility rites of antiquity. Originally, the building was to be clad in titanium. However, costs have meant that it is now clad in a skin of ‘titanium-looking’ aluminium, textured to again suggest an etched ring and referencing the ‘faceting’ of the centrallyplaced diamond.